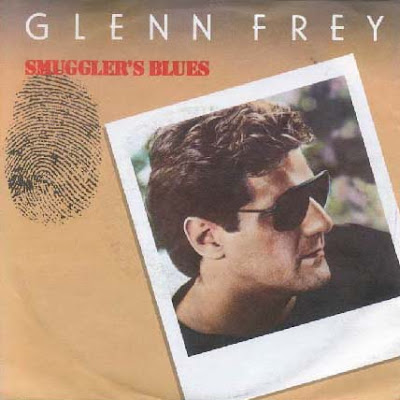 As someone who grew up in the streets of Miami in the 1980s, the drug wars were not just something in the headlines. Sometimes, it was your next door neighbor who was "in the business". But the 80s, which were the golden age of MTV were also a thriving moment for the art of music videos, many of which played out like little 5 minute movies.

One which fit that description is the single "Smuggler's Blues" by recently departed American singer-songwriter Glenn Frey, who was a founding member of the super-group Eagles. "Smuggler's Blues" tells us the story of one of these Miami "business men" and why the "lure of easy money had a very strong appeal". In fact, the success of this song and video even inspired an episode of Miami Vice, where Frey guest starred as a drug pilot.

Such songs and videos are of course a great opportunity to learn lots of English idioms in context through a story. For that, you can watch the video, then check out the lyrics and the language of smugglers below.

There's trouble on the street tonight, I can feel it in my bones
I had a premonition that he should not go alone
I knew the gun was loaded, but I didn't think he'd kill
Everything exploded, and the blood began to spill
So baby, here's your ticket, and the suitcase in your hand
Here's a little money, now do it just the way we planned
You be cool for twenty hours, and I'll pay you twenty grand
I'm sorry it went down like this, but someone had to lose
It's the nature of the business, it's the smuggler's blues
Smuggler's blues

The sailors and the pilots, the soldiers and the law
The payoffs and the ripoffs and the things nobody saw
Don't matter if it's heroin, cocaine or hash,
You've got to carry weapons 'cause you always carry cash
There's lots of shady characters and lots of dirty deals
Every name's an alias in case somebody squeals
It's the lure of easy money, it's got a very strong appeal
Perhaps you'd understand it better standing in my shoes
It's the ultimate enticement, it's the smuggler's blues
Smuggler's blues

You see it in the headlines, you hear it every day
They say they're gonna stop it, but it doesn't go away
They move it through Miami and sell it in L.A.
They hide it up in Telluride, I mean it's here to stay
It's propping up the governments in Columbia and Peru
You ask any D.E.A. man, he'll say there's nothing we can do
From the office of the president right down to me and you
Me and you
It's a losing proposition, but one you can't refuse
It's the politics of contraband, it's the smugglers' blues
Smuggler's blues