METEGOL: The Movie Pixar Could Never Have Made 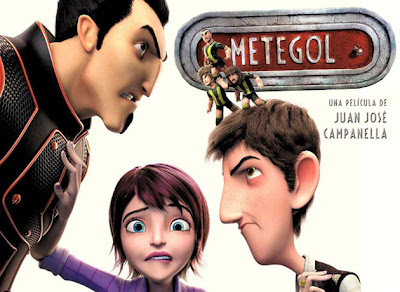 Curiously enough, on this planet of over six billion, most boys dream about a sport played by 11 guys versus another 11 guys, where they kick a round leather ball around and try to score goals off each other.

I think you know which one I'm talking about, don't you?


(Reading Comprehension Questions  at the end)

That's why, it's thrilling to announce that from Academy Award-winning Argentine director Juan José Campanella (El Secreto de Sus Ojos, 2010) comes the story of a small town dreamer who challenges the odds and goes for glory with the help of 11 little friends who really know their game. The film is a co-production with Spain and is being internationally distributed by Universal.

So what's it all about?

From the time he was kid, young Amadeo had two passions, foosball and Laura, his best friend. And that was all nice and dandy until Grosso, the town bully, showed up and challenged Amadeo to a foosball match. Turns out it was a bad move for Grosso, as Amadeo skillfully put him to shame, while the girl of his dreams cheered on.

Flash forward a few years. Amadeo was still in love with foosball and Laura, even thought he had yet to tell her about it. Then out of the blue, Grosso, arrogant and cynical as ever, came back as a multimillionaire international soccer star with one clear intention: buying out the town and turning it into his own egocentric theme park. As bulldozers pulled into town, it was clear Amadeo was no match for his old nemesis. Until something changed...

Cool, right? But what if you had to explain Foosball to someone unfamiliar with any of this? Maybe you could tell them this...

Foosball (also known as table football, footzy or bar football) is a popular table game in countries where soccer is played. Basically two players try to score goals off each other by shooting a pinball sized ball with the help of 22 figures resembling players fixed on bars that traverse a table. In Argentina where Campanella is from, the game is called "metegol" and every kid who's had a childhood has played it. There was always a metegol table at a local club or corner bar somewhere in town... in every town. Pretty much the same goes for the rest of the planet. Well, almost.

So there's a good chance that METEGOL, based on a short story by Argentine writer Roberto Fontanarrosa, will attract the attention of millions around the world who are passionate about the magic of "soccer", which - by the way, is actually known as "football" anywhere outside of the United States (and Australia).


Yet the fact that Americans for the most part consider this a "lesser" sport is not necessarily bad news. In an age of Hollywood big budget summer mega-flops, the suits will be paying attention to other ideas and how well they fare in the foreign market, which if you didn't know, is where films today make it or break it. 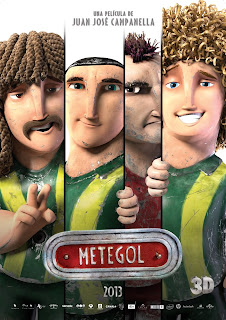 One thing is for sure, Campanella's nostalgic feel-good tale of a young man whose foosball players come to life is sort of the type of idea that could never have come from the imagination of someone unfamiliar with this extremely popular global sport. Let's face it, small talk in the elevators or just before meetings at Pixar or Dreamworks would never be about the results of the Premier League, the EuroCup or Leo Messi's latest world-record, now would it? 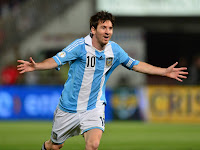 But 11 year-old boys everywhere else won't mind. Because even though they love robots, aliens and talking cars, they will be very curious to see what FOOSBALL is about. And I wouldn't be surprised if the Academy of Motion Picture Arts and Sciences takes notice once again of Campanella's gifted storytelling.

Behind Campanella's first animated feature is the tried and true production team from his Oscar-winner "El Secreto...". Yet, this time around, a special art, 3D animation and VFX team came on board to do their magic. The result is on par with the quality that international audiences have come to expect from 3D animation. No exceptions.

But here's what's really going to raise an eyebrow or two among the suits. FOOSBALL was made for only 20 million dollars. Just think, the same scale movie at a big Hollywood animation studio wouldn't have been made for under 100 million.

Campanella's animated feel-good soccer epic opens this week in South America and from there takes its globally appealing game throughout the world hoping to score big with boys (and girls) of all ages.

Posted by Unknown at 4:45 PM No comments: