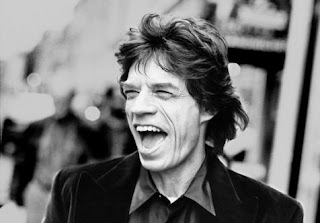 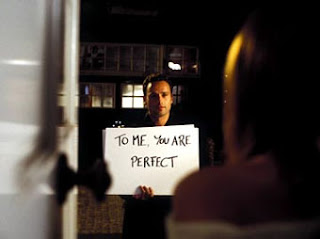 In today's post, we'll look at a great scene from a movie that actually uses very simple language to solve a complex dilemma.


It's from the hit romantic comedy of 2003, Love Actually.
By the way, remember that actually in English means "in fact", "in reality" and not something happening at the present time (as Spanish speakers sometimes mistake).
Anyway, as you will see in this scene, for Mark - a young man from London - it's difficult to say what he's got to say to that special someone (Juliet), even if they speak the same language.
Of course, who says you've got to say anything? Sometimes, all you actually need is some cardboard, a magic marker and some basic knowledge of verb tenses.
See for yourself and WATCH THE SCENE BY CLICKING HERE.
As you can see (and read), the language Mark uses includes:
simple present: You are perfect...
simple future: My wasted heart will...
And not much more.

Now imagine how this would change if the guy had actually tried to say his feelings instead of writing them. Put yourself in Mark's shoes or in Juliet's. What do you think they would actually say to one another?
Here at PLS English Users we can't actually recommend that this technique will work for your personal life.
But if you want to enjoy a simple and delicious comedy - in English - from the director of Four Weddings and a Funeral, we can recommend you rent Love Actually at your local DVD rental store.
And as an EXTRA from PLS English Users - if you click here - you can download a PDF of the script that was actually written to make this movie. (The script is for educational use only).

Movie scripts are fast, easy and fun to read. They are also mostly written in historical present (simple present). So, you can actually read this one before, during and after you watch it. By the way, the scene mentioned above is on page 120-121.
To catch a glimpse of the movie, you can also check out the trailer below.