You probably think this post is about tags, DON'T YOU? 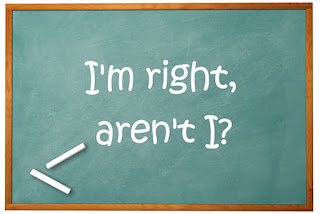 Tag questions are as common in English as fleas are on dogs. They are used everyday in all kinds of situations.

To let others know we know.

Yes, even to be a little sarcastic.

So, you probably know this post is about tag questions, don't you?


But just in case, we'll do a little review.

In short, a tag question is a statement with a short question at the end to confirm the first part. Something like this:


The structure is simple:

Example: (Speaker believes the test was easy)
This use will be very frequent in comedies.

"If we knew what it was we were doing, it would not be called research, would it?"
(Albert Einstein)

That was pretty easy, wasn't it?

So easy in fact, you should have no probably following the words to this classic song by Carly Simon.

"You're so vain" (you probably think this song is about you, don't you?)
Enjoy, English Users!

(TRIVIA: Listen to it a few times if you can. See if you can figure out who sings back up vocals. Answer in our next post.)
Posted by Unknown at 10:32 PM No comments: 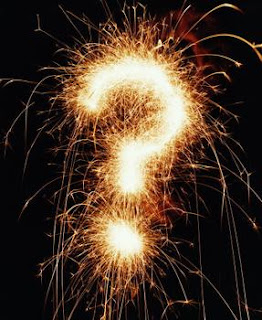 For many, turning 21, 30, 40, 50 or whatever represents something to celebrate. A birthday celebration. For others, it represents a major crisis.

Well, we're not sure, but since the Chinese say that crisis is opportunity, today we're going to take the opportunity to ask you questions about birthdays.

Some are fun, some are innocent, others you might consider inappropriate.

But whatever your answer, whatever your age, the most important thing is that you take these questions as an opportunity to review question-building in English.

And when you think of the answers, try to make them complete and meaningful.

In fact, you could use this as a template to ask questions on a number of subjects.

So speaking of birthdays, here's wonderful short animated film called "Bob's Birthday" about a man who discovers that turning 40 might be a great opportunity for some changes. Enjoy!

Posted by Unknown at 1:30 PM No comments: