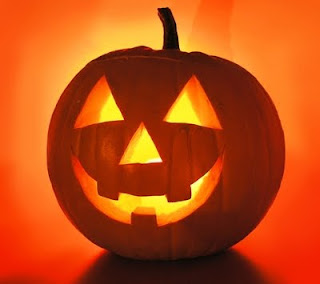 But what is Halloween? And where does it come from?

It has roots in the Celtic festival of Samhain and the Christian holiday All Saints' Day, but is today largely a secular celebration.

Behind the name... Halloween, or the Hallow E'en as they call it in Ireland , is All Hallows Eve, or the night before the 'All Hallows', also called 'All Hallowmas', or 'All Saints', or 'All Souls' Day, observed on November 1. In old English the word 'Hallow' meant 'sanctify'.

Roman Catholics, Episcopalians and Lutherians used to observe All Hallows Day to honor all Saints in heaven, known or unknown.

Despite this connection with the Roman Church, the American version of Halloween Day celebration owes its origin to the ancient (pre-Christian) Druidic fire festival called "Samhain", celebrated by the Celts in Scotland, Wales and Ireland. Samhain is pronounced "sow-in", with "sow" rhyming with cow. In Ireland the festival was known as Samhein, or La Samon, the Feast of the Sun.

Trick-or-treating is a customary celebration for children on Halloween. Children go in costume from house to house, asking for treats such as candy or sometimes money, with the question, "Trick or treat?" The word "trick" refers to a (mostly idle) "threat" to perform mischief on the homeowners or their property if no treat is given. In some parts of Scotland children still go guising. In this custom the child performs some sort of trick, i.e. sings a song or tells a ghost story, to earn their treats.

National Geographic video on the History of Halloween.
Posted by Unknown at 11:19 PM