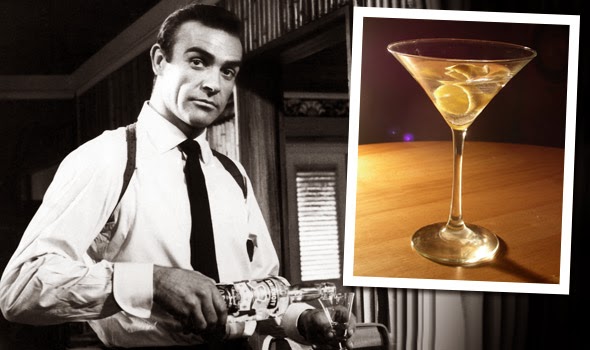 Yes, English Users, drinking is a necessary and often enjoyable fact of life.

But beware, The verb drink only means to intake some form of liquid into your body, so we all drink something everyday. It's basic survival.

However, if you say you enjoy drinking; well, that's a completely different thing. Which brings us to: what do people mean when they talk about beverages?


Beverages
In the context of what's available on the market, we say that a restaurant, store or supermarket sells beverages. More specifically, it sells non-alcoholic beverages, such as fruit juice or carbonated soft drinks like Coke and Sprite. And it also sells alcoholic beverages (beverages that contain alcohol), like wine, beer or spirits (which are distilled alcoholic beverages such as vodka, gin or soju). Now water is a liquid in pure form, so it is technically not considered a beverage. Although you will find bottled water (natural and carbonated) in the Beverage section of the store or on a restaurant menu. 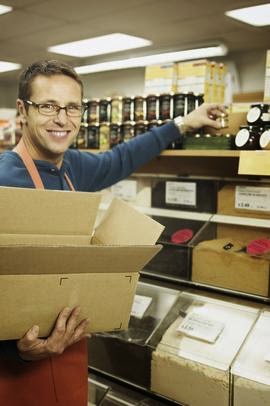 Here's how a conversation with a supermarket stocker might play out.

- Excuse me, where can I find Coke?
- In the Beverage section, across the frozen foods. Two aisles down to the left.
- Great. What about water?
- Same section right next to the soft drinks.
- Will I also find whiskey there?
- No, whiskey is in the Wine and Spirits section, all the way at the back. But you'll need to show the cashier your ID to prove you're over 21.
- Oh, I see. Thanks

Drinks
At a party, there are many drinks you can ask for at the bar, whether it's a real bar or just a friend improvising. Some of those are drinks in the social sense of the word, meaning they're prepared with a mix of ingredients. Others are just a basic alcoholic beverage, like a glass of wine or beer. So if you order them, the bartender can serve them immediately. True drinks usually require that the bartender know the recipe and have the right tools like a blender or a cocktail mixer. Popular drinks from around the world include: Daiquiri, Piña Colada, Mojito, Bloody Mary, Rum and Coke or even a simple Whiskey on the Rocks. At the bar, you can also order a shot (very small glass) of something strong, usually a hard liquor such as whiskey, tequila, vodka or gin.

You can read more about alcoholic beverages here.

Glass of Wine
Of course, sometimes we use a word that defines the kind of vessel or container where a beverage is served. You can ask for: a glass of coke, a glass of wine, a cup of tea, cup of coffee, a pint of beer, a pitcher of beer, a mug of beer, a shot of tequila. And the cool thing about English is that you can order "some" of anything when the way that it is being served is obvious. 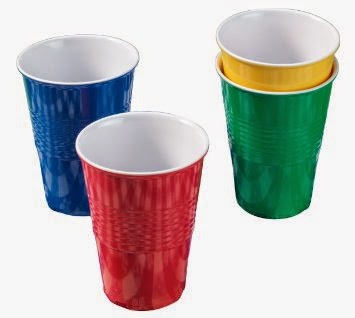 So if someone at a party is serving Sprite in plastic cups, you may say,
- May I have some Sprite please?
- Sure, here you are.
- Thanks.

And there in that context, it'll be obvious that the Sprite will be served in a plastic cup.

Likewise, someone who is making coffee at home or at the office may offer you some. It will most likely be served in a cup.


But it would be incorrect to say: a water, a coffee, a wine. These are uncountable nouns and require a countable word (cup, glass, bottle) if we want to quantify them. The exception to this, especially in an informal situation, is with beer. 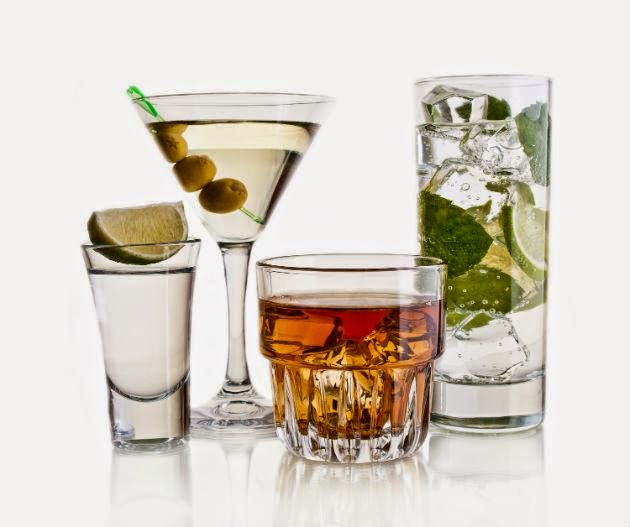 A Few Drinks
Sometimes, adults offer each other a drink. But at some point in the conversation, someone will need to specify exactly what drink.

Otherwise, the person won't know which drink to prepare for you.


When people go out and socialize and part of that involves consuming alcoholic beverages, it is common to say:

- Yeah, we went out and had a few drinks.

- John and the boys went out for drinks.

So in both cases, these people were drinking. In other words, they were consuming alcoholic beverages. But that doesn't mean they were getting drunk. This is when people become intoxicated by the alcohol they have consumed. Not a good idea.

Hope that helps out a little bit.

You can learn more about alcoholic beverages from this video produced by the folks at Let's Talk. Enjoy and remember if you drink, do it with great moderation and above all, remember NOT to drive.

Cheers!
Posted by Unknown at 10:52 PM No comments: