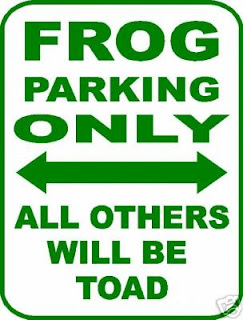 Do you like SitComs? Great! Because this blog post begins with a word that is NOT funny: paraprosdokian.

What is it, right? It basically refers to a sentence or phrase in which the second part gives new meaning to the first part.

So what does it have to do with SitComs, you might ask? Well, a paraprosdokian is a language resource that usually causes us to laugh when watching SitComs, or stand up artists. In fact, it's one of the basic ingredients in this type of humor.

In fact, some paraprosdokians not only change the meaning of the first part of a phrase, but they also play on the double meaning of a particular word.

And other times, they actually refer to something many of use feel as true or have wanted to express in a certain situation.


Let's look at some examples...

If I could just say a few words... I'd be a better public speaker. - Homer Simpson

The last thing I want to do is hurt you. But it's still on the list.

Light travels faster than sound. This is why some people appear bright until you hear them speak.

If I agreed with you, we'd both be wrong.

These are my principles. If you don't like them I have others - Groucho Marx

War does not determine who is right - only who is left.

Knowledge is knowing a tomato is a fruit; Wisdom is not putting it in a fruit salad.

Evening news is where they begin with 'Good evening' and then proceed to tell you why it isn't.

To steal ideas from one person is plagiarism. To steal from many is research.


So by now you probably have an idea of what this basic ingredient of SitComs is all about.

After reading this post, Google the word paraprosdokian to search for more examples or Images (there are plenty of those). You can also check on YouTube where you will likely be linked to examples from well-known comedies. You could even try to come up with one yourself.

Here's one you're probably familiar with by now. Enjoy!